Uprisings start with a calling, a desperation, a mixture of hope and anger that makes your heart race and your voice rise. A limit is reached. Energized and determined, ordinary people rise up to voice their collective dissent.

In the uprisings that started in Tunisia, surged to Egypt, then swept through other parts of the Middle East, women played an important role, standing alongside their male counterparts. Coming from different ideological and social backgrounds, the women in this series are spirited, idealistic, courageous, and resolute, they led or instigated revolutionary acts in their respective countries.

In their conversations with me, these activists revealed their individual perspectives and motivations. All were on the frontlines, hopeful for change, breaking down barriers, fighting for a better future for their country. Their ordinary appearances conceal the strain of heroic acts. They stand resilient, toughened from the march, from raised fists, from evading bullets and teargas, from their full-throated battle cries. Disappointment, disillusionment, depression and a view of iron bars have been the outcome for some of these courageous women. What is certain is that after those euphoric and nightmarish days and nights out in the streets, public squares, rooftops and balconies, no one remained unchanged.

In the aftermath of the uprisings, litter and scattered objects remain as evidence to events that took place. Battered buildings and stained walls silently testify to bloodshed and violence, to a once unthinkable rebellion, and to those who lost their lives. Many of the buildings and murals in this series have since been destroyed or demolished.

This selection of images is from the book “Lipstick & Gas Masks”, which you can order through this link. 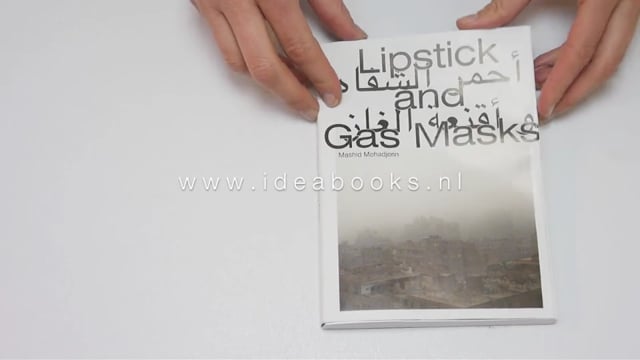